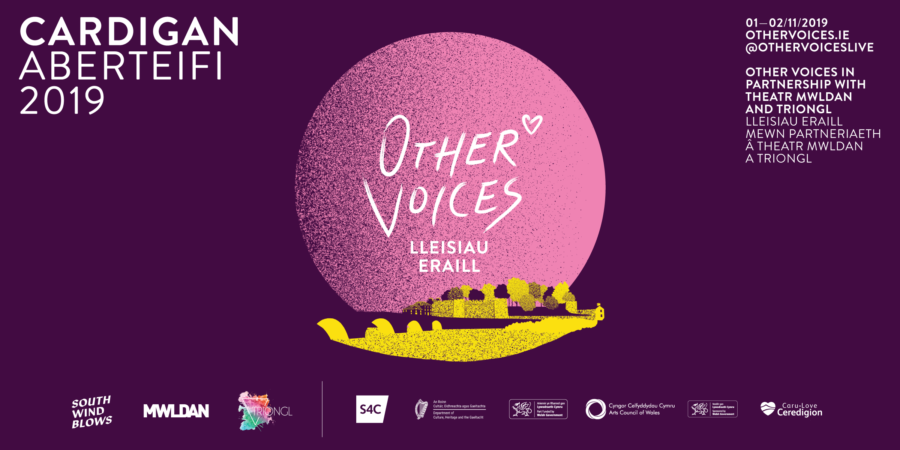 Other Voices, Ireland’s internationally acclaimed music festival and music television programme, is thrilled to announce that it will be coming to Cardigan this autumn. St Mary’s Church will become the main venue for Other Voices Cardigan, hosting the headline acts. These performances will be simultaneously broadcast live to screens in and around the town so that the local community and visitors to the town alike can share in the excitement of this exceptional experience.

On 1st and 2nd November Other Voices makes its way from Dingle on the west coast of Ireland to Cardigan on the west coast of Wales, for a phenomenal weekend of music which celebrates the longstanding cultural and musical ties between these Celtic regions. Over the two-day event Other Voices Cardigan will showcase an incredible line-up of over 30 free musical and cultural events in intimate venues and atmospheric spaces throughout Cardigan, hosted by Huw Stephens and presented in partnership with Theatr Mwldan and Triongl.

​In addition to St Mary’s Church there will also be a number of ‘Music Trail’ venues located around the town which will be presenting more than 30 artists.

Admission is free of charge after a one-off registration fee of £5 per person which covers a wristband that enables free entry to Music Trail venues. Wristband holders will be entered into a draw to win prized admission tickets to the performances at St Mary’s Church and tickets will also be allocated via competitions in media and social media, check @OtherVoicesLive for details.

A celebration of music in all its forms, Other Voices began as an intimate gathering in 2001, with musicians travelling to sing in a tiny church in Dingle, on the very western edge of Ireland. The incredible list of artists, who have appeared at past Other Voices events, includes John Grant, The National, The XX, Hozier, Elbow, Florence and The Machine, Super Furry Animals, Amy Winehouse, Snow Patrol, Laura Marling, Cerys Matthews and Ellie Goulding. Every year thousands of music fans make the pilgrimage to Dingle to see exceptional music performed in an extraordinary place.

To date over 30 million viewers have watched Other Voices online worldwide, and it has travelled from its home base in West Kerry (Ireland), to Austin (Texas), London, Belfast and Berlin, Derry and New York, enriching the cultural landscape of every destination it visits, celebrating a diverse array of live music as well as providing a platform for open, compelling dialogues about art, culture, technology and commerce and exploring the ways in which they intersect.

Register for your wristband now to have a chance to see some of the headline acts.

Cerys Matthews announced the first round of headliners for Other Voices Cardigan on her BBC 6 Music show on Sunday 22nd of September.

Price: FREE or pre register for £5 Registration for your wristband will also automatically enter you into a draw to win tickets to see the headline acts in St Mary’s Church plus other prizes in the run up to Other Voices. Access to all the music venues will be strictly limited by licensed capacity.