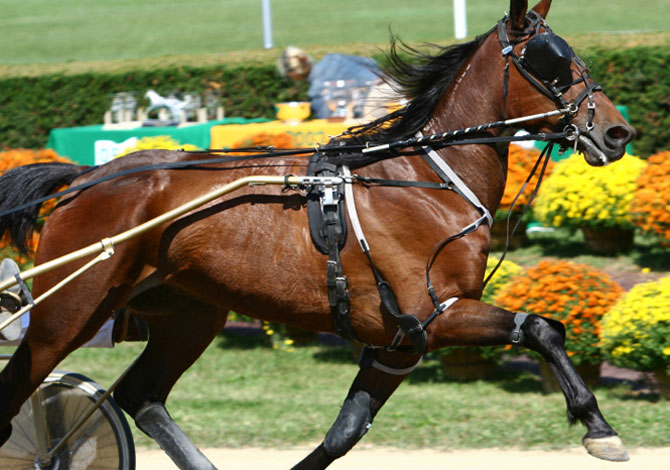 A popular form of horse racing in Ceredigion is harness racing, also known as trotting

The sport involves horses racing at a non-galloping speed driven by men or women balanced on two wheeled sulkies.
Harness racing grew in Wales in the late 19th century, originally involving Welsh cobs which are still still paraded at Cardigan’s annual ‘Barley Saturday’ competing along roads. With the increasing popularity of harness racing, the races were moved to grass tracks and standard bred horses were imported from America to replace the native breeds.
The oldest trotting meet in Wales is in Llangadog which has been held every Easter Monday since 1884. Many events are shown on Welsh language television channel S4C on its programme Rasus.

Ceredigion west Wales is has three venues where you can enjoy harness racing. Tan y Castell, Tregaron and Lampeter. These events make a great day out for the whole family. The tracks are just half a mile so the races are fast and spectators are close to the action.

Accommodation Providers - Wish you were here? - complete this contact form.
Scroll back to top
This website uses cookies to improve your experience. We'll assume you're ok with this, but you can opt-out if you wish. Please see our cookie policyI'm fine with that
not sure